And the third day — Namely, after Christ’s coming into Galilee, and discoursing there with Nathanael, as related above; there was a marriage in Cana — A town which originally belonged to the tribe of Asher. There were two other towns of the same name, one in the tribe of Ephraim, the other in Cœlo-Syria; and the mother of Jesus was there — It being probably a marriage of a near relation, or an intimate friend of hers. This may be inferred from Mary’s being not only present at the feast, but concerned about supplying the company with wine. As Mary here is spoken of alone, it may be reasonable to conclude that Joseph was now dead, and that he did not live to the time when Jesus entered on his public ministry, especially as he is nowhere mentioned in the gospel history afterward. And both Jesus was called — That is, was invited to the marriage; and his disciples — Namely, the two that had followed him from the banks of Jordan, with Peter, Philip, and Nathanael. And Jesus, not affecting the austerities which became the character and ministry of John the Baptist, freely accepted of the invitation. For he did not come to take away human society, but to sanctify it.

Topics: The Marriage Feast
« The Word Of Truth The Commandments Of God » 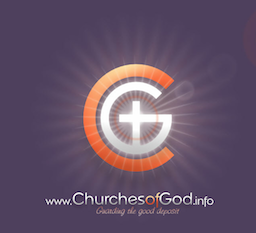